The NESFAS stall at the NE Food Show

The North East Slow Food and Agrobiodiversity (NESFAS) on Wednesday was lauded by Meghalaya Chief Minister Conrad K Sangma on Wednesday at the North East Food Show for their ongoing exemplary work in all fields. Sangma visited the NESFAS stall along with other government officials and praised the team for the commendable work with the several communities across the state.

The NESFAS stall (stall 227 and 228) showcased indigenous food from across the state. Along with the raw products, value addition materials were also displayed and kept for tasting at the stall where several visitors got the chance to taste unique beverages, like roselle and Shiah krot tea. 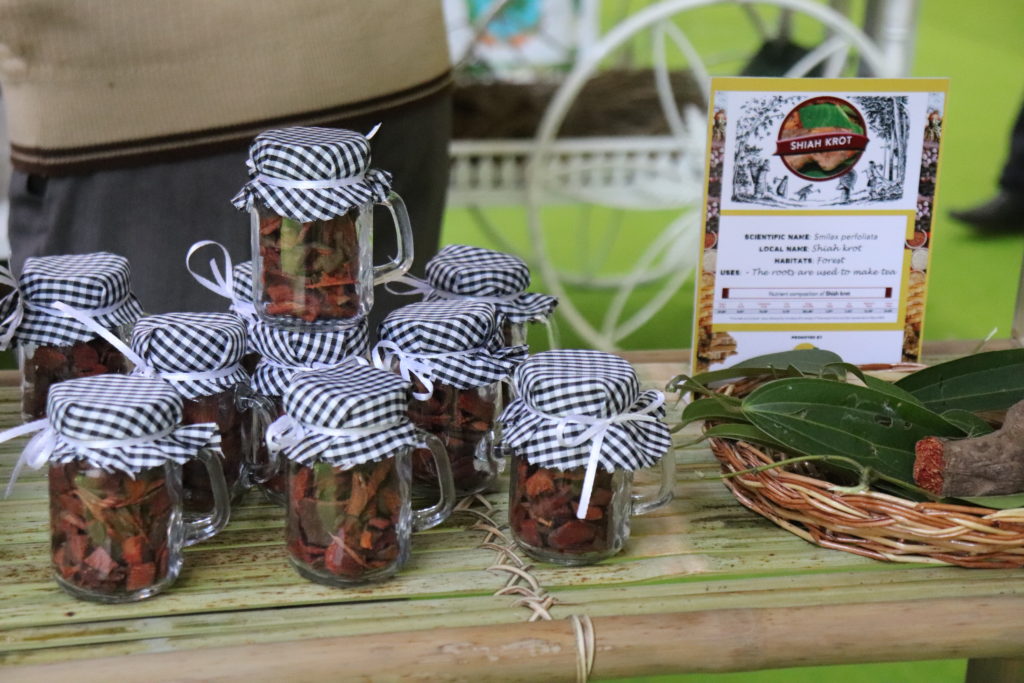 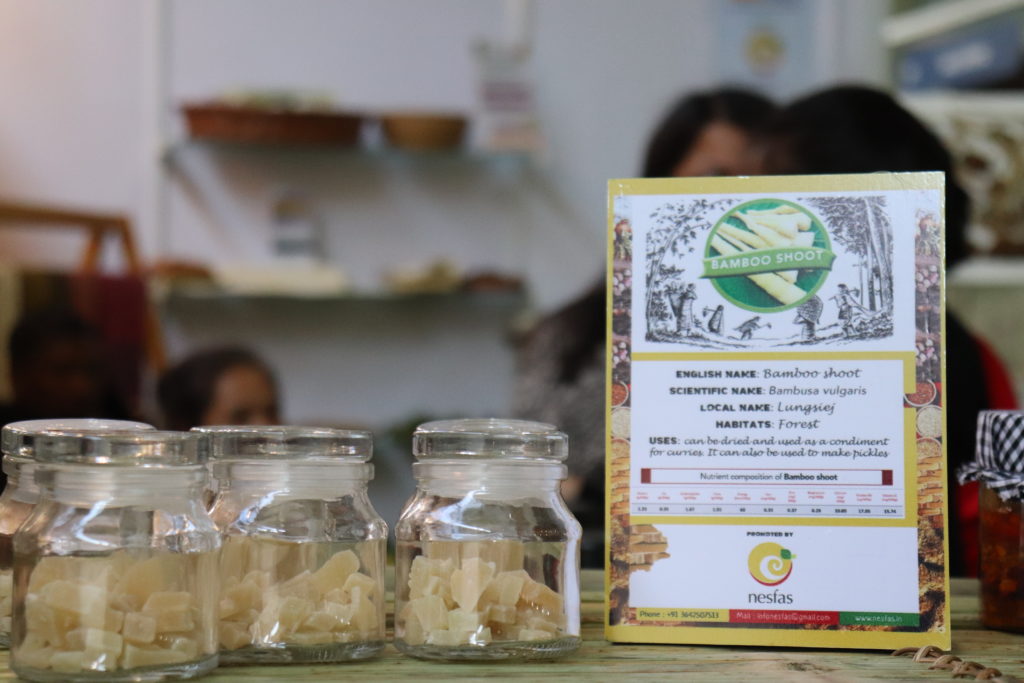 Candies made from Indian crab apples and bamboo shoot and Flemingia roots with a dash of Perilla seeds paste were a hit as most of the visitors were tourists from outside the state. Eri-weaves products were also showcased at the event wherein community members from Khweng (Ri-Bhoi) brought in Eri Silk Moths, cocoons and silk worms and the silk thread to the show for display. 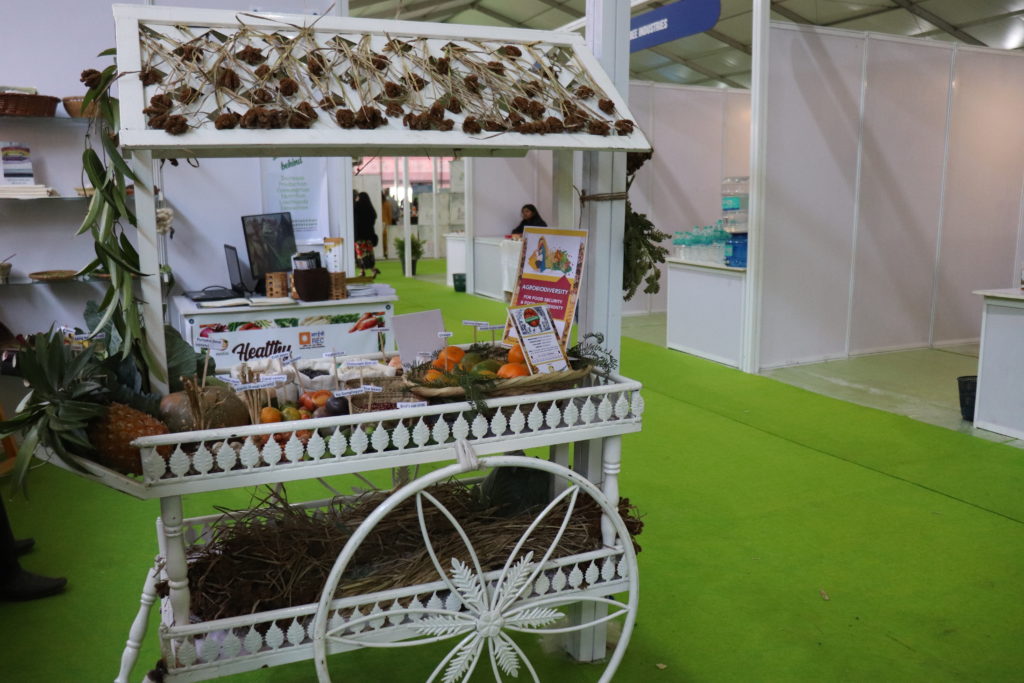 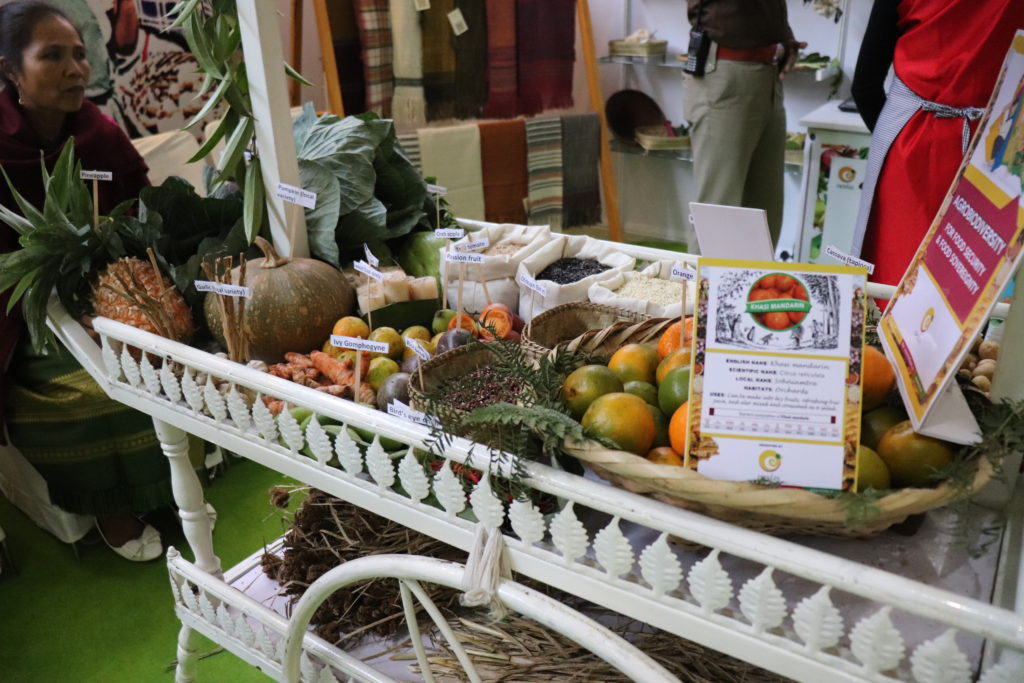 Pickles made of bamboo shoot and Indian crab apples, honey, roselle jam, baked millet products and other items were among the few items that were highlighted at the event. The team highlighted the products from several communities, the defenders of agrobiodiversity by showcasing an ‘agrobiodiversity cart’ at the centre of the stall. This entry was posted in Urban Youth Farming Programme and tagged Food Show. Bookmark the permalink.