Taking us to the ITM

Today, the 28th of January 2015, stood out as a significant day on our journey towards the Indigenous Terra Madre 2015, marked by the launch of the scheme for the construction, including metalling and blacktopping of different link roads at Mawphlang areas in connection with the mega event, that will be held there in November later this year, by the Hon’ble Chief Minister of Meghalaya Dr Mukul Sangma.

The chief minister spoke to the audience at length about his future plans for Mawphlang which include    the establishment of a college for Commerce and Sciences set up with international standards and making Meghalaya a centre for education, health and tourism. He spoke about the ITM as a means to the rest of the world, “People all over the world know of Cherrapunjee as the place with the highest rainfall in the world, and Mawlynnong for being one of the cleanest villages in the world. Now we want Mawphlang too to be known globally.” In closing, he laid stress on the need for a shared objective and commitment to attain the high aspirations that Mawphlang has set for itself. 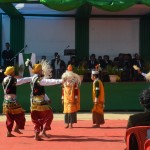 Dance performance by the Seng Samla of the Mawphlang Hima 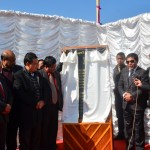 Unveiling of the Stone Plaque 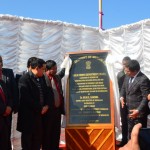 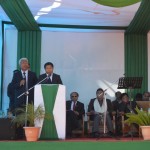 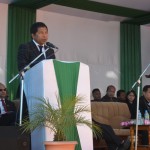 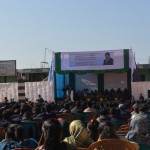 The gathering at the launch 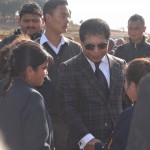