A month ago, NESFAS launched a project to build social distancing rooms for community elders, who are traditional knowledge holders. Nongtraw (East Khasi Hills) was a pilot effort to work with the community to break the spread by contact, especially as they fall in the vulnerable group for Covid-19 pandemic.

It was pleasure to see on Thursday, June 11, 2020, Barno Dohling, Binsen Rani and Rolin Ranee, three of the identified elderly shifted to the newly done up distancing rooms that were built specially for them keeping in mind comfort and self reliance. The plan of action was simple-create independence with comfort and amenities like cooking, washing, toilet, rest space and most important resilience from climate.

On the other hand, Binsen and Rolin already had separate rooms that were in a good condition and NESFAS helped contribute in building the toilets with running water. The organization also contributed beds and mattresses to the two men to make their rooms more comfortable.

The rooms were finalized and ready for the occupants to shift last week. After a trial test by the community members, the three elder shifted to the rooms only on Thursday.

Barno Dohling (75) said, “Having my own space with an attached bathroom is very convenient as I don’t have to go out every time I need to use the toilet. It is extremely helpful especially during the rainy season.” He added, “I am thankful to NESFAS for coming up with this project and for the respect and recognition that I have received as a knowledge holder.”

Rolin Ranee (94), who is also an expert basket weaver, said, “It is a blessing to sleep on a bed with a proper mattress and pillow. I am also glad that I don’t have to walk for 12m to fetch water as I have been provided with a water connection inside the bathroom.”

Ms. Anita Roy and Mr. Phrang Roy, Chairman of NESFAS, contributed INR.30,600/- on April 26, 2020, which is part of the larger seed fund of INR One lakh that was shared for retrofits with other villages NESFAS is working in. Also, the community contributed 50% of total cost and the other 50% raised by NESFAS staff and friends.

With local construction contractors who was guided by The Indigenous Partnership (TIP) and NESFAS architecture and infrastructure consultants on comfort, ergonomics, self reliance, services, seismic design and use of local material resource in times of Covid-19, a design was worked upon.

Architect Paolo Carlucci from Rome and Architect Ajay Nayak from Mumbai helped ideate and design the retrofits and construction requirements online with Pius Ranee, Assistant Executive Director of NESFAS being the point of connection who shared the drawings and facilitated the instructions on ground. The designed was based on the local context, material availability in the market, affordability and least wastage without compromise on safety. The community appreciated the holistic thought.

Pius Ranee, Assistant Executive Director of NESFAS, said, “In Meghalaya 4.7% of its total population are all above 60 years of age. By initiating such initiatives to set up isolation rooms for them, it has helped and encouraged the communities we worked with to care for its elderly population, as they are the true wisdom holders of our communities.” “There are about 100 vulnerable elderly people who have been identified in our partner communities who need our immediate assistance. I want to take this opportunity to express my heartfelt gratitude to friends and well wishers and especially my colleagues who have graciously donated and helped in meeting aspiration of this initiative,” he added.

“The Nongtraw Dorbar Shnong has expressed their gratitude to NESFAS with special thanks to its Chairman Phrang Roy and Anita Swer who have supported the community in its effort to take care of the elders. This initiative of building isolation rooms has set an example for other communities to also take similar action,” Carmelus Ranee, headman of Nongtraw, said. 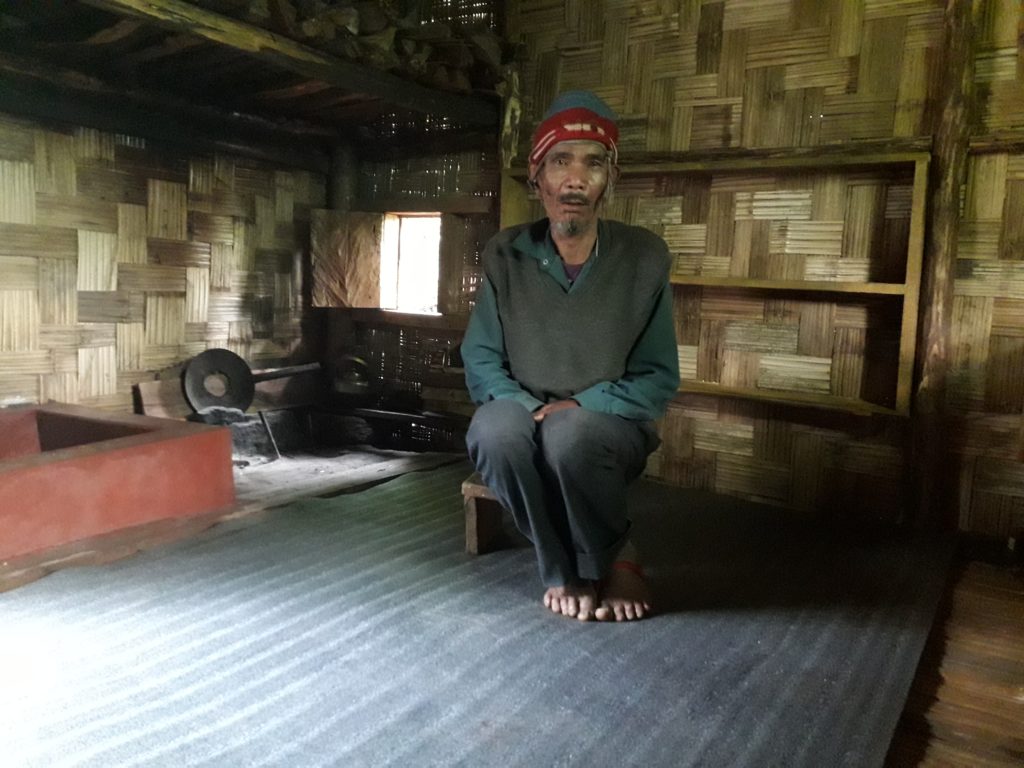 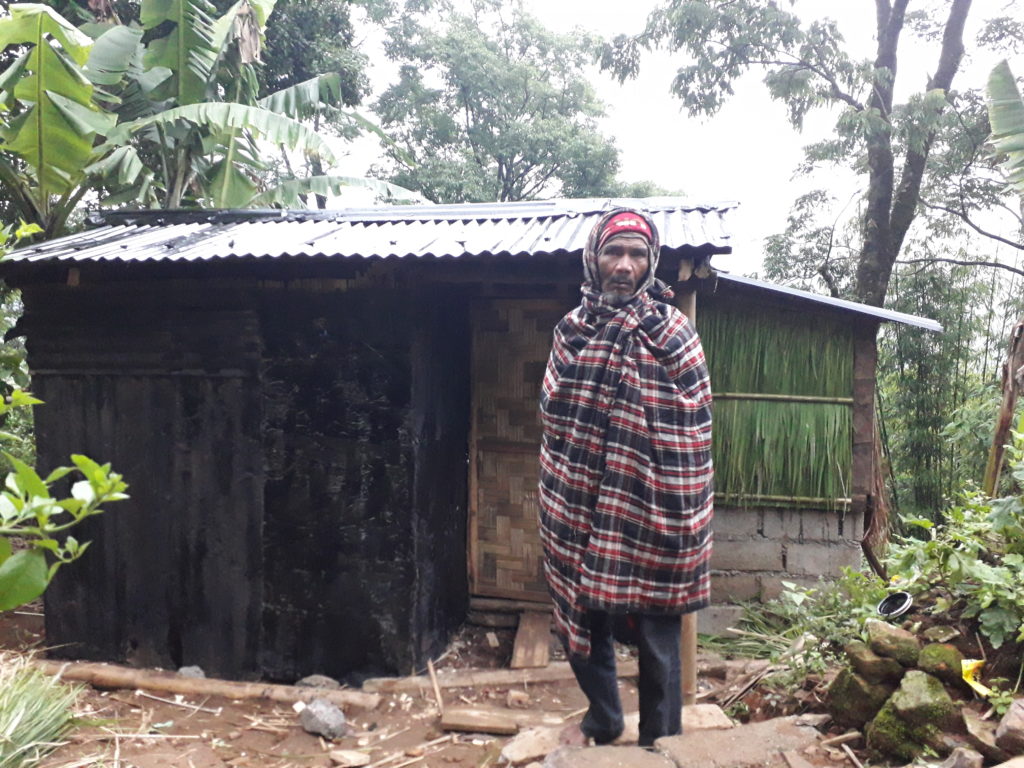 Bah Barno Dohling in front of his new house

This entry was posted in ARTICLE, NEWS and tagged #Covid-19, Traditional Knowledge Holder. Bookmark the permalink.